Last month, I wrote a post about forms of address in Norwich Dutch (Norwichs Nederlands or Norwichs Vlaams). There I concluded we could tentatively talk of a Tu/Vos distinction in early modern Norwichs Nederlands. The dominant subject form of address in the letters written from Norwich to friends and family in Ieper in West Flanders (the Norwich Ieper corpus) was ghij. In this post, I return to those letters and discuss another linguistic feature that occurs quite frequently, namely negation in finite verb phrases.

In Old Dutch there was typically single negation, with the particles ne or en. This form of negation continued to be used in Middle Dutch in certain situations. However, by then negation was typically expressed by what some scholars refer to as ‘bipartite negation’, i.e., a two-part construction consisting of the negative particle ne or en before the finite verb and the negative adverb niet, e.g., ik en zie niet (‘I do not see’). In this construction niet is sometimes replaced by other words connoting the negative such as nooit (‘never’) and the article geen (‘not’/‘no’). END_OF_DOCUMENT_TOKEN_TO_BE_REPLACED 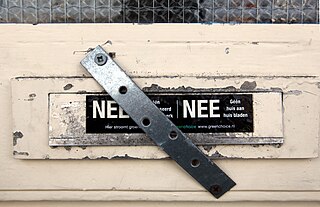